October 10, Down For Donuts, an annual fitness competition that raises money for Gigi’s Playhouse, was held at CrossFit Iron Legion in Ocala, Florida.

Gigi’s Playhouse is a Down Syndrome Achievement Center that began with one location in Chicago, Illinois.  Like most families, when Gigi’s parents received her diagnosis, that was about all they received.  No guidance, no education, and no encouragement or comfort.  Knowing this was typical, Gigi’s parents decided they could help other families get information about Down Syndrome and provide needed services and a gathering place to them. What started as one location now has 48 brick and mortar facilities across the country and over 200 requests for new locations.

Gigi’s commitment to these families is this:

“Down syndrome is the largest chromosomal disability in our country and yet, it is the least funded. From a prenatal diagnosis to career skills, we make a lifetime commitment to remain by their side. Families are empowered with all the tools their child needs to succeed!”

Gigi’s is a non-profit, 501(C)(3) organization and receives all funding from donations.

What is Down For Donuts?

Down for Donuts is an annual CrossFit competition hosted by CrossFit Iron Legion in Ocala, Florida.   The sole purpose of this competition is to raise money for Gigi’s Playhouse in Gainesville.

When CrossFit Iron Legion owners Ted and Karen Dreaver (yes me) received the news that their baby had Down Syndrome, it was shocking to say the least.  What was even harder was the lack of information provided by the hospital and Kiera’s pediatrician.  Fortunately, they found Gigi’s Playhouse and a community of people that could help them.

What started out as one funny Donut Friday meme has become a Down for Donuts, which is named after Kiera’s Instagram @kierasdownfordonuts (check it out if you like donuts, cute little girls, and laughing).  The first competition was small, just Iron Legion members, but managed to raise almost $2,000.  It has grown every year since.  This year there were 163 athletes participating, silent auction items donated from many local businesses, and donations that have totaled $8,000 to date with more still coming in! The competition was scheduled to be held March 21, 2020 (world Down Syndrome Day) but was postponed because of the covid-19 crisis.  October seemed fitting time to reschedule as that is Down Syndrome Awareness month.  Even after everything this year has thrown at us, to see so many people come together to support this Gigi’s was incredible. This year was the first year there was an “Enhanced Team Division” which was one Down Syndrome teammate and one without.  Watching these athletes was the best part of the day.  So inspiring to see people doing what society will say they “can’t”.

ELC was there to help! Not only did we at ELC Designs Group think it was important to donate monetarily, but we felt we should donate our time as well.  Both my brother Chris and I spent the day as volunteers for the competition.  This year was an amazing experience, and we will definitely be back for next year’s competition, which will be held in March.

About the author  ELC Designs Group 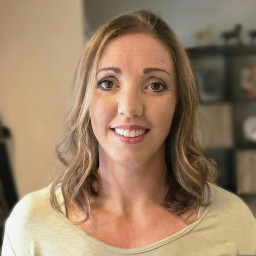 Register to  access to our online store and catalog full of trending home decor designs.